Should You Wait For Medicare To Pay For Your Hearing Aids? 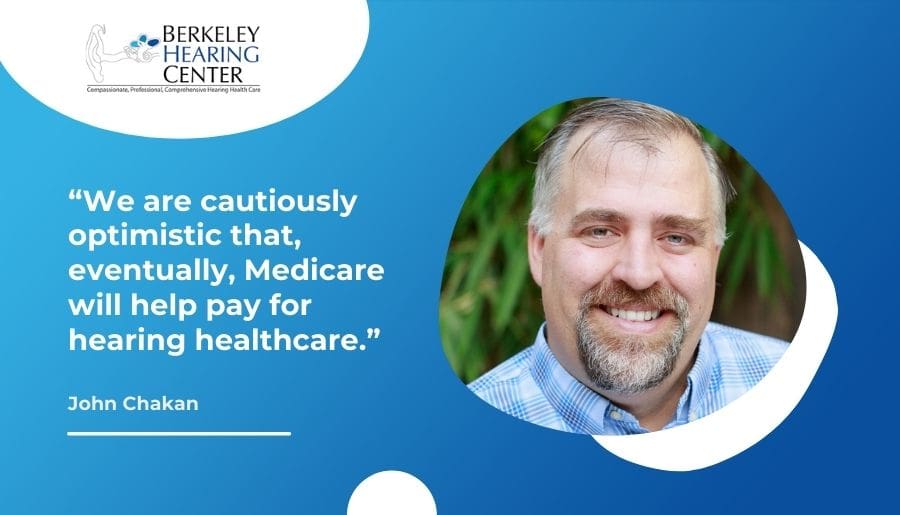 Late last year, we had a couple of patients postpone their evaluation of amplification because they wanted to wait to see if Medicare would pay for some/all of their expenses.  This was because of legislation that was wending its way through Congress.

This very consequential piece of legislation was wide ranging, but one of the more interesting components of the bill (for us & our patients) was the proposed expansion of Medicare to include coverage for hearing healthcare treatment.

We have been closely following the progress of this bill.  We are cautiously optimistic that, eventually, Medicare will help pay for hearing healthcare.

What Is Biden’s Bill And What Does It Include?

When President Biden announced his “Build Back Better” plan, it originally had a price tag of $3.5 trillion (spread out over 10 years).

Among many other things, it would have expanded Medicare coverage to dental, vision, and hearing healthcare.

After negotiations, the version of the bill that finally passed the House was reduced to $1.75 trillion, with dental and vision care proposals removed. However, that version of the legislation would provide:

● Coverage of hearing aids for individuals with a moderately severe to profound hearing loss in one or both ears once every five years if furnished through a written order by a physician, audiologist, or another practitioner for devices that are determined appropriate by the U.S. Secretary of Health and Human Services.

Coverage of treatment services provided by audiologists (for the first time in the program’s history) and reclassify audiologists as practitioners, adding them to the list of providers eligible to furnish services via telehealth.

The Good, The Bad, And The Unanswered

As a practice dedicated to the hearing (and overall) health of our patients, we were excited about both of these provisions, as cost can be a barrier for proper hearing healthcare in this country.

Having Medicare pay for hearing healthcare, either hearing aids themselves or (most importantly) the professional healthcare services necessary to maximize the benefits the devices can provide, would allow more people to afford quality hearing healthcare.

However, there were many questions that remained unanswered in the proposed legislation.

● What technology level of hearing aids would Medicare cover for people with a moderately-severe to profound loss? Would folks be able to pay extra in order to upgrade their hearing aids above what Medicare provides?

● What services (and how much) would Medicare cover? Hearing aids are important tools for hearing healthcare, but they are only a tool.  The professional care of the audiologist remains the most critical factor for successful treatment of hearing loss.

● There was also a lack of clarity regarding consumer protection, patient choice, competition, and transparency.

Long story short, there was a lot of work to do to flesh out the legislation in order for us (or anyone) to have answers about what it might mean for the public. It took a great deal of negotiation among Democrats to reach the version that passed in the House of Representatives (no Republicans voted for the bill).

As we know now, the legislation has stalled in the Senate and does not look like it has the votes to reach the desk of the president to be signed into law (again, Republicans have stated that they will not support it).

Moderate Democrats have indicated reservations about the bill, particularly the price tag.  Even if it eventually garners enough votes to also pass in the Senate, the bill that is finally signed by President Biden would (likely?) be different from the one passed in the House version.

Once signed into law, CMS (Centers for Medicare & Medicaid Services) would need to determine exactly who is eligible, what and how it would cover hearing aids, and/or the healthcare required.

So, can/should you wait for Medicare to help pay for hearing healthcare?  At the moment, it certainly doesn’t look like a good bet.

As we’ve seen with OTC (over-the-counter) hearing aids, it’s taken 5 years (and counting) since being signed into law for it to finally come to fruition.  So even if the current legislation somehow passes both chambers of Congress, unlikely at this moment, it would likely take several years for the public to realize the benefit.

Because of the benefits of early identification and treatment, we would strongly recommend acting now to address your hearing challenges.

We appreciate that the cost of healthcare is a major concern for people, but if you have been diagnosed with a hearing loss, it is important to find out if (and how!) hearing aids can help your quality of life.

Hearing aids are always dispensed on a trial basis, so you can evaluate their benefit, truly risk-free, for at least 45 days.

How We Can Help

Our office can also help check your supplemental insurance to see if they will help with the cost of the aids.  We also have financing options available.

At the end of the day, we all hope that Medicare will one day pay for better hearing healthcare. Until they do (and even after!), it is still important to find the best audiology practice to provide that care.

Hearing aids are the only tools that we have to treat hearing loss, and you are best served by working with a provider that you can trust.

Get in touch with our experts at Berkeley Hearing Center today for support with hearing care, hearing technology, and insurance support.

How did I get here? That’s an interesting story. I was born and raised in the suburbs of New York City. I dreamed of being a professional baseball player (Go Yankees!), but my promising career was cut short by a condition known as “not being good enough.” When I wasn’t playing baseball (or soccer or football or basketball) as a kid, I was spending my summers attending, and then working at, a summer camp in Northern California on a livestock ranch. While it might seem a bit incongruous for a suburban New Yorker to spend his summers milking cows, chopping wood, and canoeing down the Russian River, I fell in love with the interconnected community of summer camp, and I also fell in love with California.

How To Choose Which Hearing Aid Is Best For You 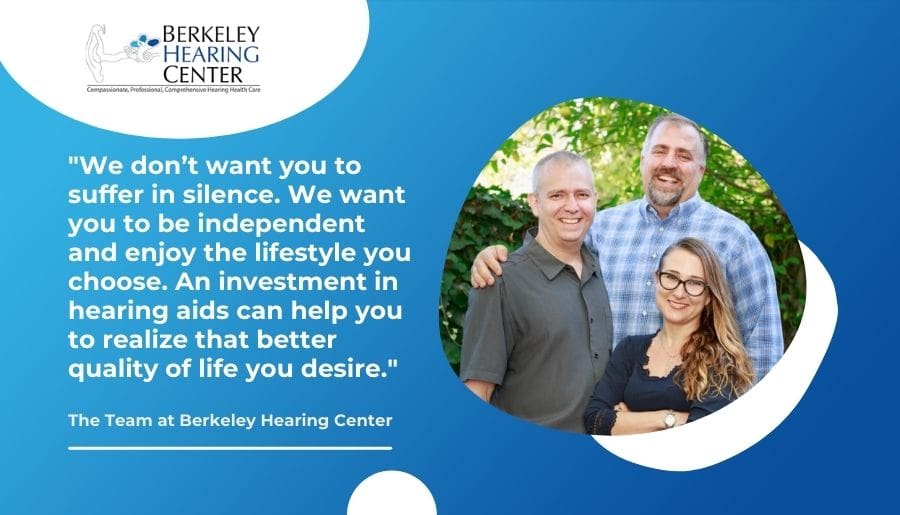 Hearing Aids: An Investment into Your Quality Of Life 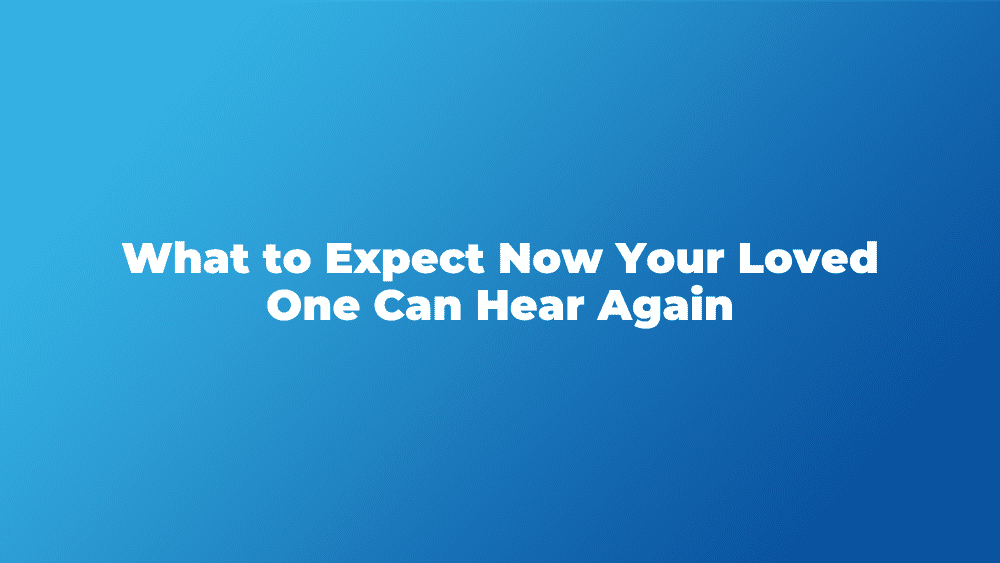