Why Do We Include A Cognitive Screening Tool In Our ‘Hearing’ Assessments?

A 2013 Johns Hopkins study conducted by Dr. Frank Lin found a five-fold increase in dementia for individuals with severe hearing loss. The study tracked 639 patients over more than 12 years. Those with moderate hearing loss had a tripled risk while those with only mild hearing loss had double the risk.

This study was one of the first major studies to investigate the impact of hearing loss on cognition.

Dr. Lin’s findings have been supported in several subsequent studies by scientists at Brigham and Women’s Hospital and Harvard Medical School. Those studies indicated that the risk of subjective cognitive decline was 30 percent higher among men with even just mild hearing loss, compared with those with no hearing loss, while those with moderate or severe hearing loss had a 42 to 54 percent higher risk of developing cognitive issues.

How is hearing loss linked to cognitive decline and an increased risk for developing dementia? With (untreated) hearing loss, people have to become ‘active listeners’ working harder to process speech since it’s not getting to the brain effortlessly. People with untreated hearing loss have to concentrate harder, using contextual information, body language, and unconscious lip/speech reading to make up for what they’re not getting auditorily, which can be taxing mentally, physically and emotionally. Dr. Lin and other researchers believe hearing loss also contributes to social isolation due to the challenges hearing loss presents communicating in social situations. Dr. Lin even postulates that “subconscious multitasking may interfere with some mental processing needed to walk safely.”

Hearing loss typically has a slow, insidious progression, which means it’s (too) often not identified until it’s progressed to the point where communication becomes affected. Typically, hearing loss begins to affect one’s ability to hear high pitched/high frequency sounds. Unfortunately, this impacts the most crucial frequency range for speech understanding, compounded by the fact that those sounds also happen to be the softest speech sounds. This manifests in speech sounding indistinct, like people are mumbling, kid’s or women’s voices lose clarity, the TV volume goes up, background noise situations become untenable.

When left untreated, folks begin to disengage and stop participating in life. Social isolation and depression have been found to have a causal link to cognitive decline and dementia. Research has shown that social isolation is associated with high blood pressure, elevated stress hormones and weakened immune systems. It also raises the risk of dementia by 40% and the odds of early death by 26%, according to recent studies. Untreated hearing loss, meanwhile, increases the risk of dementia by 50%, depression by 40% and falls by 30% over a 10-year period, according to a study published in JAMA Otolaryngology – Head and Neck Surgery.

These folks do it all perfectly.

The office staff is welcoming and responsive, and the professional staff provides absolutely top-tier care.

A patient is made to feel important and well cared-for (which is why this patient is so pleased with everything about Berkeley Hearing Center!).

It’s seldom that you go to get medical advice and help, get stellar guidance and service, and because all is well (thank god!) get that whole amazing experience without being charged. Jonathan was great and walked me through the analysis and diagnosis, possible future options, and when he figured all was good told me there’d be no charge for the visit. Highly recommend this practice – if anything were to go wrong – I know where I’d have the faith to make it right!

Staff is very compassionate and helpful.

All questions answered with patience and providing very valuable information.

Billing rates are amazingly reasonable. Individual needs are recognized and important in formulating solutions. I highly recommend this practice!

We’ve incorporated Cognivue, an FDA approved computerized testing technology, as a cognitive screening test to make sure that we’re not only assessing hearing health, but also brain health. Because we don’t hear with our ears, we hear (and see, smell, taste, etc.) with our brains.

So in addition to a full diagnostic hearing evaluation, a cognitive assessment test for adults is just one more important tool we’re using here at Berkeley Hearing Center to provide our patients and their families with the opportunity to live a richer, more independent lifestyle through personalized hearing healthcare. 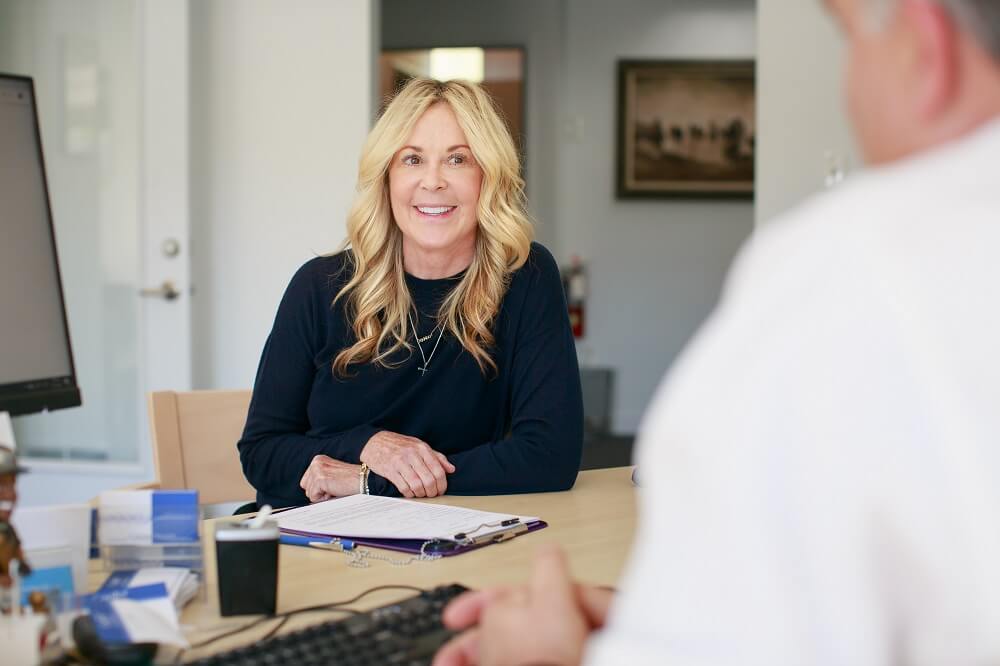 When hearing loss is left untreated, other parts of the brain have to pitch in order to help compensate for the reduced auditory input. The brain is forced to redirect resources, particularly those involved in thinking and memory, to help with speech understanding instead of other cognitive functions contributing to cognitive overload.

Over time, as areas of the brain used for sound processing receive reduced auditory signals to process, they begin to atrophy or shrink because of the reduced/limited activity, causing actual structural changes in the brain. Dr. Lin’s Johnk’s Hopkins study revealed that “MRI brain scans in people with hearing loss showed faster rates of atrophy of the white matter of the brain.”

According to University of British Columbia researchers, social isolation increases by a factor of 52% for every 10-decibel drop in hearing capacity. Avoidance of social events or skipping out on family gatherings are common among those with untreated hearing loss due to the stress and discomfort of struggling to keep up with conversations in environments with a lot of background noise or where multiple people are speaking at the same time.

What Is Cognivue Screening and How Does It Work? 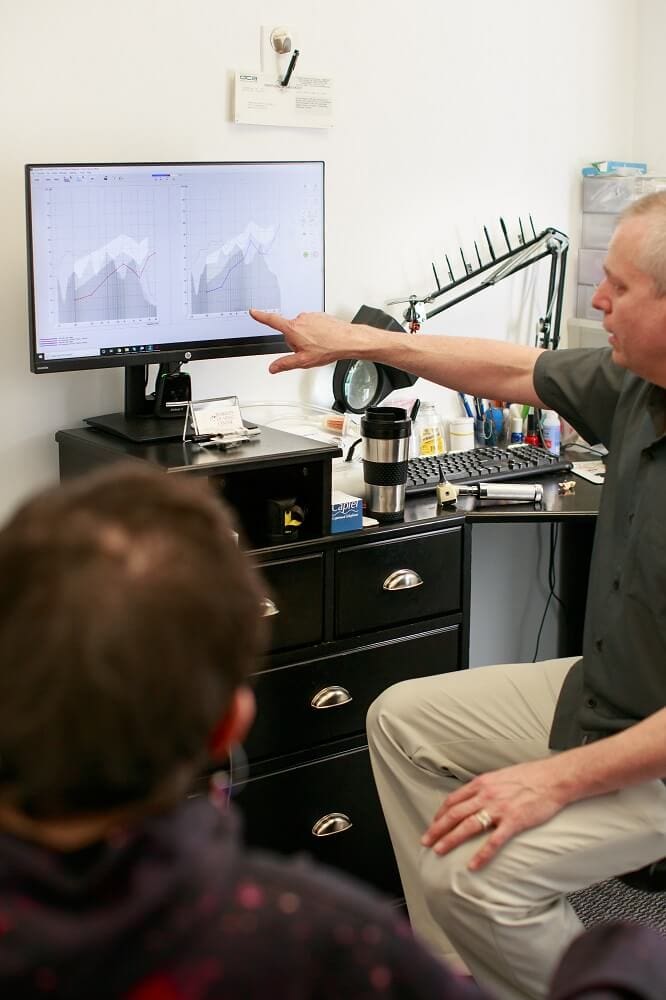 Cognivue screening provides a personalized, consistent, and reliable assessment of overall brain health. The baseline scores established during your first cognitive screening test allows you and your health care providers to monitor and detect changes if they develop, establish new interventions to address changes in cognitive function or measure the success of treatments/interventions being put into place.

The features of Cognivue screening include:

Unique software algorithms designed to use patient responses in order to adapt the test according to the patient’s performance helps improve testing accuracy of these FDA approved tests by eliminating testing variability.

What Do Cognitive Screening Results Show?

Cognitive screening results from Cognivue provide scores in five areas linked to cognitive function. Each of these areas also highlight the link between hearing loss and cognitive decline.

Your memory score reflects your capacity to retain information while processing the same or new information at the same time. This plays a critical role in sorting out complex sentences, following abstract thoughts, and comprehending speech when there is a lot of background noise.

This score indicates how effectively you use visual cues to process and interpret visual information. But it also relates to your capacity to process complex sentences and distinguish between speakers in a noisy environment by being able to identify where sound or a voice is coming from.

Your executive function score is an evaluation of how well you are able to coordinate and control higher order cognitive processes. Executive function guides your level of attentiveness, planning, problem solving, and more. These are skills that help you focus on a single speaker in a noisy environment or distinguish between multiple speakers talking at the same time, and the ability to focus on speech while ignoring irrelevant distractions during a conversation.

This timed response demonstrates how quickly your brain coordinates between stimulus perception and response. Responding in an appropriate time frame when sound or speech signals dictate a quick reaction is a critical measurement of your cognitive function.

Processing speed is another timed measurement that reflects how long it takes you to mentally process a task and relates to your ability to follow rapid and/or complex conversations, especially those taking place in an environment with a significant amount of background noise. 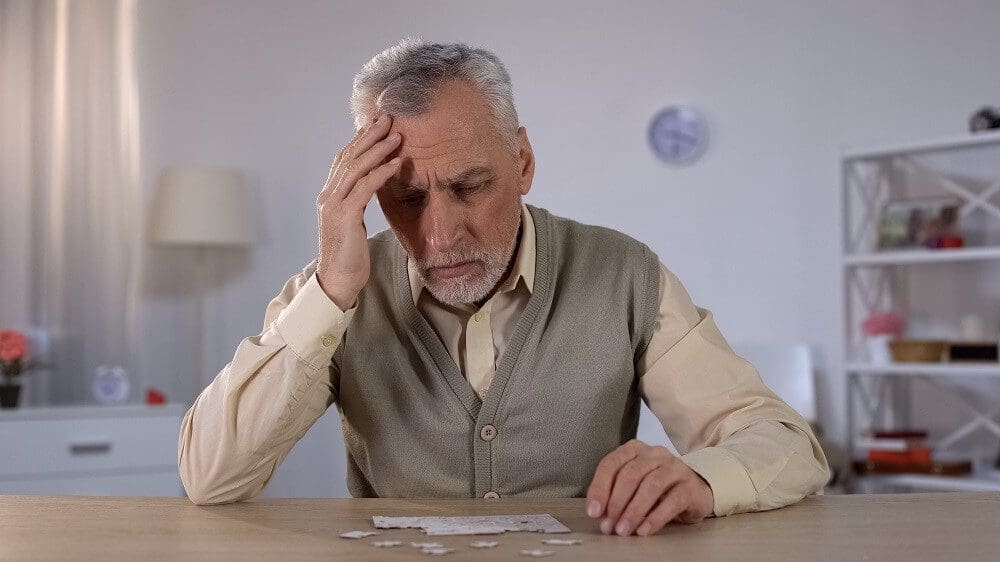 Because many of our patients have put off addressing their hearing loss for some time, some of them have already begun experiencing some degree of cognitive decline by the time they come to us for a hearing assessment. To be sure that we are providing the highest level of overall healthcare, not just hearing healthcare, our team of Audiologists at Berkeley Hearing Centers make use of Cognivue screening to provide a more complete assessment of communication function. By identifying even mild cognitive issues which may be occurring at the same time or a result of hearing loss, the goal is to help improve your overall quality of life.

If decision making, organizing tasks, recall, a poor sense of direction or other cognitive related issues are becoming a challenge for you or a loved one, use the adjacent form to contact our hearing care professionals to schedule a diagnostic hearing evaluation with Cognivue cognitive screening.

Hearing loss is typically a complex, multifaceted health issue. If programmed and used properly, hearing aids are certainly a powerful tool for addressing communication issues caused by impaired auditory coding and/or processing. But they are only one tool, and there are different parts to addressing ‘hearing loss’, other than hearing aids. Our Audiologists are here to help. That’s the difference between receiving quality hearing healthcare and just buying a hearing aid. 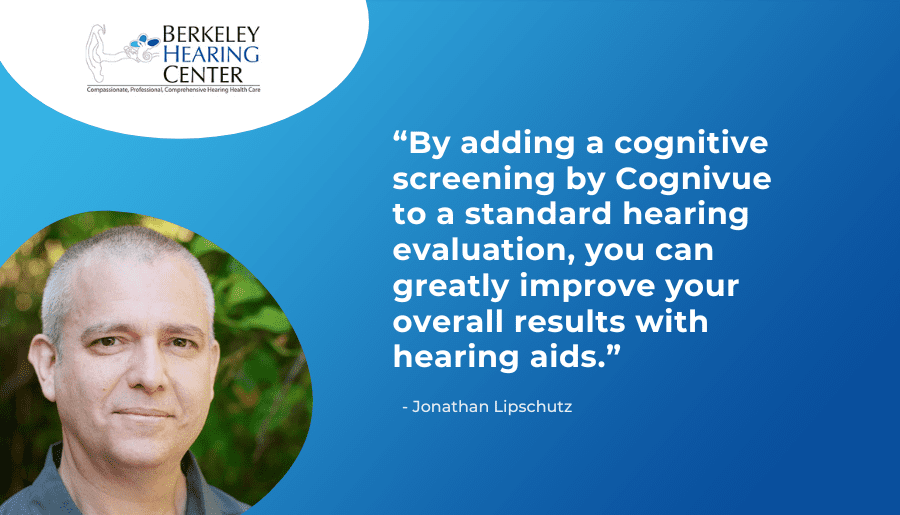