“My hearing aids have kept me working in the job that I love, made it easier on friends and loved ones and had a huge impact on my level of overall satisfaction with my life.”

I realized I may have a hearing challenge when I began not hearing what was being said in work meetings. I got depressed about my work and personal life.

My hearing aids have kept me working in the job that I love, made it easier on friends and loved ones and had a huge impact on my level of overall satisfaction with my life.

I think that this is the best audiology business and audiologist I have ever been to of the seven audiologist places I have used in the past. The ethics, knowledge, customer service, hearing aid options and price are the best. 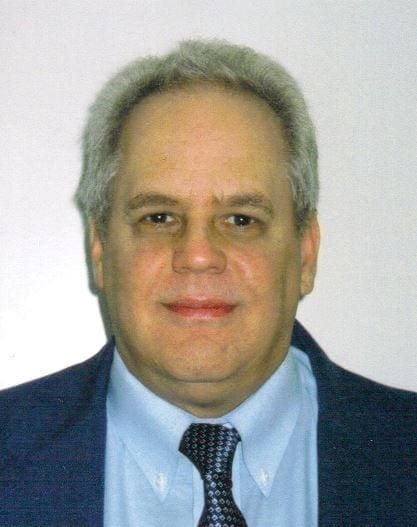 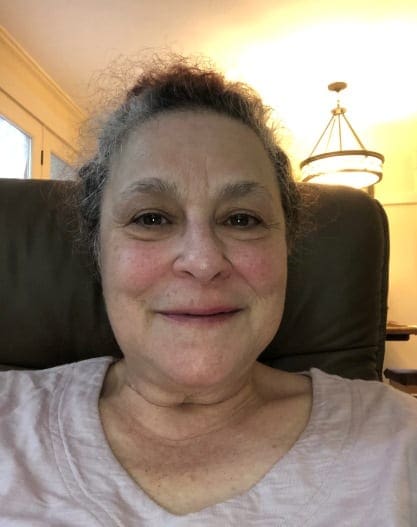 “My hearing aids changed my life! I am able to converse more easily, and my “musical ear” came back.”

As a musician, I noticed problems hearing higher frequency notes in the harmonic progression. I had a diagnosis of Ménière’s disease many years ago but didn’t start noticing hearing loss until around 2012.

My first impressions of Berkeley Hearing Center were that the service with the audiologist was personalized and professional. My hearing aids changed my life! I am able to converse more easily, and my “musical ear” came back.

If you’re concerned about your hearing and are considering Berkeley Hearing Center, don’t wait! It can make a huge difference in the way you feel about socializing.

“When I first got a hearing aid, I was delivering a lot of live training – hearing better allowed me not to feel like I was missing questions from the class.”

I first noticed a hearing challenge in my mid-20s when I started regularly using a phone headset at work. I realized I could hear much better with the earpiece on my right versus my left. I already had one hearing aid, but needed to determine whether I was ready for a second. (My husband’s biggest concern was getting to have the TV back to ‘normal’ volume!)

My first impression of Berkeley Hearing Center was that it was very friendly and welcoming. I was really impressed at how quickly I was recognized by staff – even over the phone. They didn’t make me go through all of the details of my situation each time I arrived, which isn’t always typical in a patient/provider setting.

When I first got a hearing aid, I was delivering a lot of live training – hearing better allowed me not to feel like I was missing questions from the class. I was initially concerned about getting hearing aids because I felt too “young” to get them. – The reality is that there are so many types on the market that you can choose a model that works for whatever your concerns are in terms of wearing/handling/managing them.

My husband appreciates not having to have the TV at loud volume. I also appreciate the ability to turn the volume up on my hearing aids if the situation warrants. (The hidden benefit to hearing loss? I sleep through almost any noises!)

If you are concerned about your hearing and are considering Berkeley Hearing Center, go and talk to the team – there’s no sales pressure. They will help you find a solution that works for you. (And they will keep working with you to make sure things are right if the initial hearing aid doesn’t work or you need adjustments). 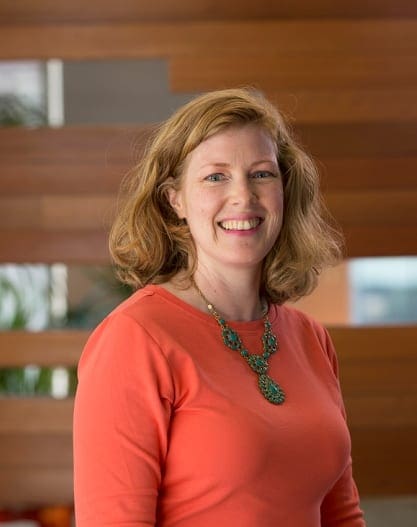 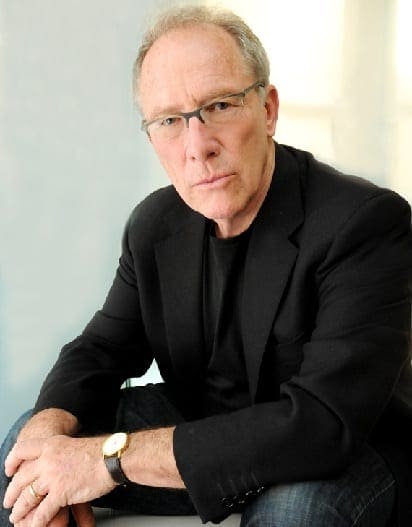 It all started when I I was finding it difficult to hear students, especially women students, around a seminar table. Hearing became such a strain that it came to interfere with listening attentively. I became a customer when Berkeley Hearing Center was in cramped space on a crowded street. But the owner did everything possible to make my examination and choice of a hearing aid as pleasant as possible. She was all I could have asked of an audiologist. And Jonathan is no less. Achieving better hearing has taken the strain away and I am thankful to Berkeley Hearing Center, you will not find a more pleasant, friendly, well and competently run place to address your hearing difficulties.

‘Go! Have it taken care of’

My first impressions of Berkeley Hearing Center were that it is a nice former family residence with a short time lease to make room for a larger commercial building.

At the start I was wary about the possibility for the commericalized/profit-oriented delivery of medical necessities, but I needn’t have worried. My hearing aids have improved my ability to function effectively in social and business interactions.

My advice to others would be to go, have it taken care of. They are good people, highly competent medical staff, friendly, efficient, and helpful support staff. 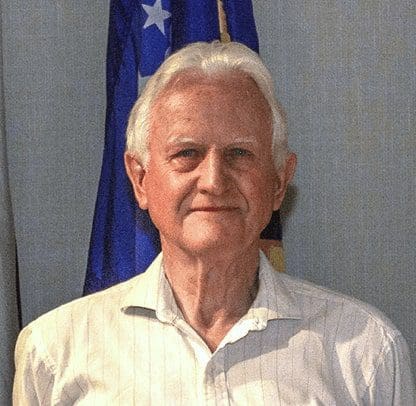 “By working with Berkeley, I can now clearly hear conversations and it has improved my hearing more than I ever thought it could.”

I first realized that I had a hearing challenge at the Thanksgiving table when someone spoke to me, I said huh…my sister said, “huh huh enough with the huh…go get hearing aids.” My first impression of Berkeley Hearing Center was positive, I liked my first experience and it has only got better. By working with Berkeley, I can now clearly hear conversations and it has improved my hearing more than I ever thought it could. If you are considering visiting Berkeley Hearing Center, my advice to you  is they the very very best. Jonathan, the audiologist and John the office manager are a great team. You’re made to feel comfortable the minute you walk thru the door. The highest accolade I give to someone is to say they are “Professional”; Jonathan and John are MVP’s. They know their job. They have the knowledge and the patients to give you the care needed to make your life so much better.

“I would recommend the clinic to anyone.”

I realized that my current hearing aids were becoming uncomfortable for me to wear so I was looking for something better and I found Berkeley Hearing Center.

They were very friendly, and the facility was nice. I felt at ease in the environment and with the staff. I would recommend the clinic to anyone.

Thomas suspected he might have a hearing loss after “several experiences over time.” However, after attending his niece’s wedding where he “had to ask people to repeat what they had just said,” he decided it was time to have his hearing evaluated and know for certain.

At his first appointment with Berkeley Hearing Center, Thomas says the team was “just friendly, professional people.” He had a comprehensive hearing assessment, which was immediately followed with his results. With his suspicions confirmed, Thomas was prescribed hearing aids.

He now finds hearing much easier with his new devices – especially in social settings. Thomas says, “I can be in a group outdoors and can understand what’s being talked about.”

“The difference is night and day”

Following a head trauma when Mark was in his teens, he was left with a single sided hearing loss. “It was a devasting outcome. I wanted to pursue a career as an audio engineer,” he explains. “Despite my significant disadvantage, I pursued a career in the field anyway, and only up until very recently have I let anyone outside of my immediate circle of family and friends know that I’ve lived with this disability for so long.”

Nevertheless, Mark’s tech savvy nature prompted him to find out as much about the hearing technology that he could. He says, “My first impression of Berkeley Hearing Center was, well, that I was impressed. I was very upfront about my background – having significant knowledge in the audio field means I didn’t need everything explained to me. I wanted to get nerdy with the technology, understand how it works, and how I could make it work for me.”

Mark and his audiologist clicked instantly, and he knew his hearing care was in good hands. He says this “made the process not just easier, but enjoyable for me overall.”

At Mark’s first appointment, his hearing was comprehensively tested and his personal preferences, work requirements, and lifestyle were all considered when recommending a hearing device.

The result has been life changing for Mark. He says, “Since coming to the Berkeley Hearing Center, I’ve since opted to start using a hearing aid in my impacted ear. The difference is night and day, to be honest.

“My quality of life has drastically improved. Prior to this treatment, I really struggled to follow conversations in group settings and social situations – especially in spaces with lots of background noise. This ultimately led to significant feelings of isolation and loneliness.

“Now, however, it’s like a new lease on life. I can follow and be part of conversations. I don’t have to struggle to read lips and hope to catch snippets of words. I can hear my cat meow at me from the other room. I am more sensitive to the noise I generate when my partner is sleeping. And so much more. I cannot express how incredibly impacting this treatment has been.”

Completely satisfied with his hearing care, Mark rates Berkeley Hearing Center a 10/10 and hopes others will follow in his footsteps. He says, “Just go have a chat. You’ll never know unless you give it a try.”